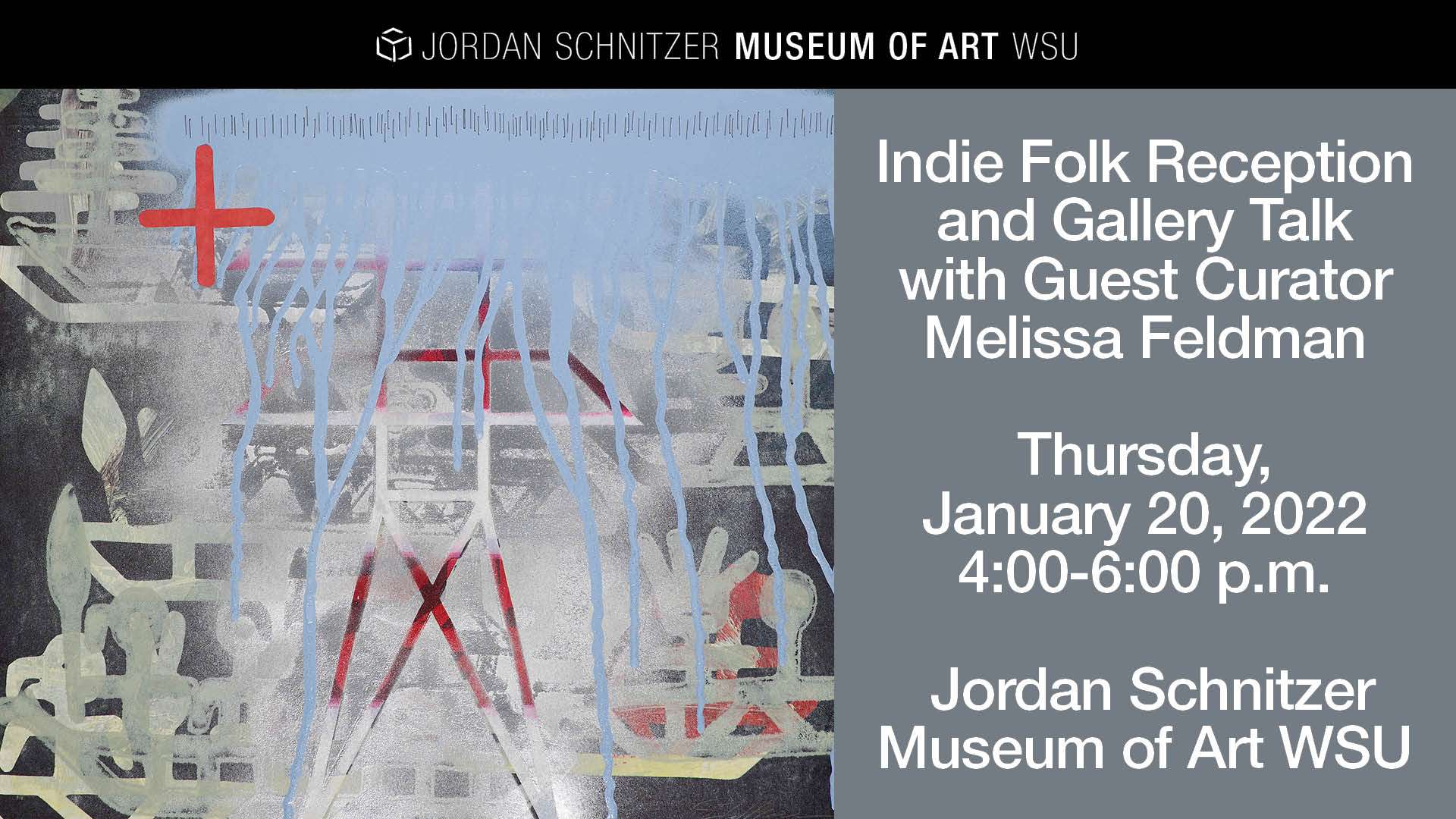 Join guest curator Melissa Feldman in the museum galleries on Thursday, January 20, from 4:00-6:00 p.m. for a reception and gallery talk about the exhibition Indie Folk: New Art and Sounds from the Pacific Northwest. The gallery talk will begin at 4:30 p.m. The exhibition features the work of 17 artists—both established and emerging—from throughout the Northwest region in an exploration of its unique artistic ecosystem involving craft traditions, pre-industrial cultures, and Indigenous and settler histories.

Along with her ongoing work as an independent curator and writer, Melissa Feldman held positions for the last several years as Distinguished Visiting Faculty at Cornish College of the Arts, Seattle, and Director of the Neddy Artist Awards. Recent curatorial projects include Uses of History (2019) at studio e, Seattle; Push Play, an Independent Curators International touring exhibition (2013-17): A Cool Breeze: L.A. and Vancouver Art in the 1960s and Beyond at Griffin Art Projects, Vancouver B.C. (2017); Another Minimalism: Art After California Light and Space (2015-16), at the Fruitmarket Gallery, Edinburgh and UK tour; Dance Rehearsal: Karen Kilimnik’s World of Ballet and Theatre (2012) at Mills College Art Museum, Oakland and the Museum of Contemporary Art, Denver. Feldman has been a frequent contributor to Art in America and Frieze among other international publications and has taught at the California College of Art, the San Francisco Art Institute, and Goldsmith’s College, London.