Entertainment in the Park 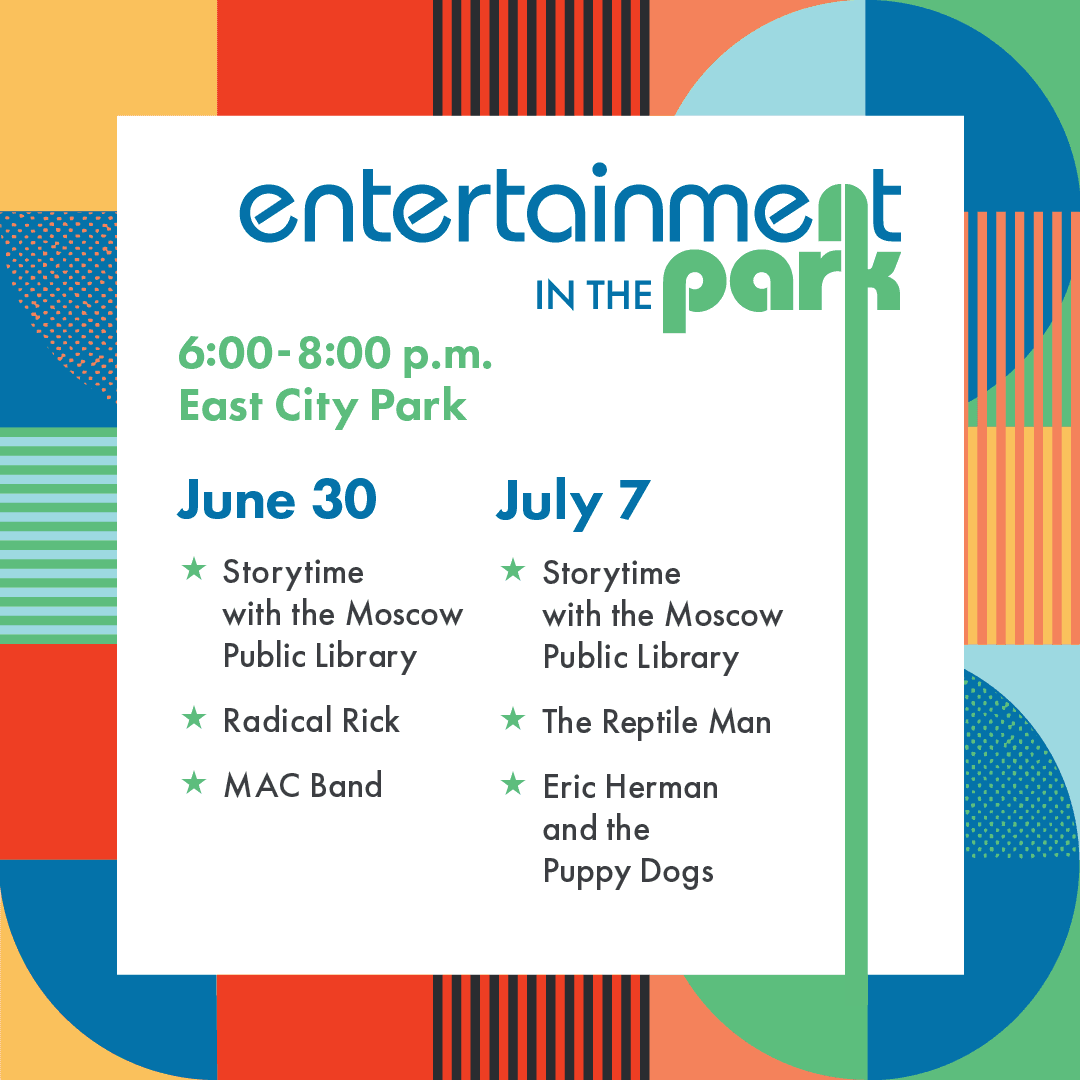 The City of Moscow and the Latah County Library District announced dates and artist line-up for Entertainment in the Park, to be held at Moscow’s East City Park on June 30 and July 7 at 6 p.m.

This annual event features children’s entertainment at 6:00 p.m. followed by musical performances beginning at 7:00 p.m. Event attendance is available to the public free-of-charge.

July 7, 2022
Storytime with the Moscow Public Library
The Reptile Man
Eric Herman and the Puppy Dogs

MORE ABOUT THE PERFORMERS:
Storytime with the Moscow Public Library is presented in conjunction with the Latah County Library District’s summer reading program, which encourages school-aged children to engage in reading and learning throughout the summer.

Radical Rick, owner of Extreme Science, provides hands-on after school science programs to local elementary students as well as in-class field trips. He loves working with kids, making slime, shooting off rockets and, most importantly, blowing stuff up!  No, seriously, he LOVES blowing stuff up!  It should be noted that safety is top priority!

The Reptile Man is one of Moscow’s favorite performers who features live animal demonstrations. This educational performance offers safe and fun interactive experiences with the animals, and is exciting for kids of all ages.

Eric Herman presents concerts that are bursting with creativity, audience participation, and outrageously fun songs. Additionally, his music videos for kids have become hugely popular, with over 100 million views worldwide.

More information about Entertainment in the Park: https://www.ci.moscow.id.us/196/Entertainment-in-the-Park